Life is about the experiences you live, the lessons you learn and the people you meet. I have been fortunate to meet many great people throughout my life and they have helped shaped who I am today. My view of what makes a great person is not based on wealth, education, achievements or any other status quo. A person’s heart is what makes them great. Greatness lies in the heart.

Ever since I was a child, I have tried not to judge others around me. I view all people as equal. One of my favorite proverbs is the one about walking in another man’s shoes. Although there are different versions of the proverb out there, the basic lesson is that until you walk in someone else’s shoes, you don’t know where they have been. My quest is to try on other peoples shoes to see where they have been and what has shaped their lives.

I believe everyone on this earth is here for a reason. Everybody is somebody. We all have inspirational stories to tell and we all have something to contribute. For the better part of my life, I have been trying to figure why I am here.

I think my quest is tied directly to communication. I believe that my greatest assets is my genuine love and interest in people. In a world of miscommunication and mistrust, I think that the world needs more great communicators and I will see to it I do everything in my power to make the world a better place to live in, through communication.

Converge or diverge? That is the question.

This was especially interesting to me, because in college, one of the toughest theories I encountered were the Taylor and Maclaurin series. The objective of Taylor and Maclaurin series is to prove whether the sum of the series, is divergent or convergent. These two guys had my mind smoking. I had no problem with finite series, but when it came to infinite series, I was baffled. After reading the article about convergent and divergent minds, it all made sense.

Shout out to Raymondious, Ray Schamp.

Thanks to Ray, I was able to take the next step and finally use lefthandedliving.com.


Thanks Ray
Posted by markmcc at 4:10 PM No comments:

The is a test of the McCormick and Schamp broadcast system. ---THIS IS ONLY A TEST.---

The cutie, is my little niece, Jillian. Isn't she cute?
Posted by markmcc at 3:49 PM No comments: 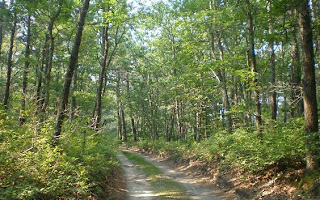 I have followed those famous Robert Frost words, consciously and subconsciously for as long as I can remember. I am one of those travelers who can't quite figure out where I'm going, but I know where I've been. I have accepted the fact, that part of my left handed nature is having a divergent mind.

I remember when I was working in New Orleans as a marketing manager, I would have to travel across the country giving lectures and presentations. I very much liked the job because I was able to see new places and meet all different types of people. I remember being consumed by maps and directions, being sure not to sway off my intended path. I would print out maps that detailed my route ensuring my travel was as direct and efficient as possible. It was during one of these trips that I realized that even if I was swayed off my intended course, I was not getting lost, instead just finding new places. I surmised:

...People don't get lost, they just find new places they've never been before...
Posted by markmcc at 9:40 AM No comments: 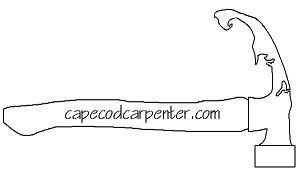 So my new year started with a few goals and I've already met two of them in under a week. Last Thursday, I took my (unrestricted) construction supervisors license test in Boston, and passed!!! This means I can supervise and build any building up to 35,000 square feet or less. In passing this exam, I have decided to focus on green building, recycling and energy efficient housing. I also went to my insurance agent today and bought a $300,000 liability insurance policy (the cheapest one they offered) that will protect me if I destroy someone's house. 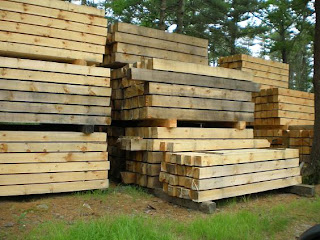 I first became interested in both building and recycling when I was a kid.
-My brother and I built an ingenious underground fox hole on the power lines when we were kids- only to have it run over by a bulldozer. I could spend hours with a bucket of Lego's or Lincoln logs, constructing all sorts of crazy "stuff". I guess most kids, especially boys love to build things and it really never goes away, at least in my case. 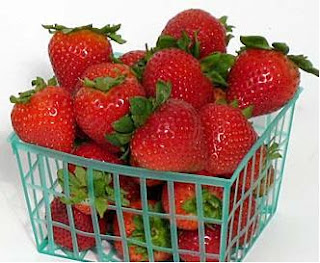 -As far as recycling is concerned, I can remember wanting to recycle the little plastic strawberry baskets when I was about 5 years old. I thought, how can I just throw away something so useful? I think I make a tram system out of some empty baskets to transport GI Joe figures.


Funny story about the builders exam:
I took the same test last October and failed miserably. I couldn't believe it, "How could I fail an open book exam?" I thought. I found out the reason why, a few weeks later, when my buddy Aaron came over with his code books (plural). See, when I ordered the building code from the state bookstore, they only gave me the Massachusetts One and Two family Dwelling Code which is basically a chapter in the Massachusetts Building Code. I was missing the entire building code except the 1&2 family section. I basically took the exam with 1/3 of the code. Once Aaron came over and straightened me out, I was on the up and up.
Well all that is behind me, I am a licensed...
and insured.
Posted by markmcc at 7:13 PM 2 comments:

What's with all the green?

Nowadays, America has been caught in the deluge of green. I guess the whole green movement started with the Green Party of the United States, who are: "Committed to environmentalism, non-violence, social justice and grassroots organizing."

I have long been a fan of green and I can say that it has been my favorite color since I was a kid. I remember when green was as simple as mixing yellow and blue, but now green seems to mean so much more. Here is a little green poem.

green is life
alive and well
will it keep?
time will tell
Posted by markmcc at 8:21 PM No comments: