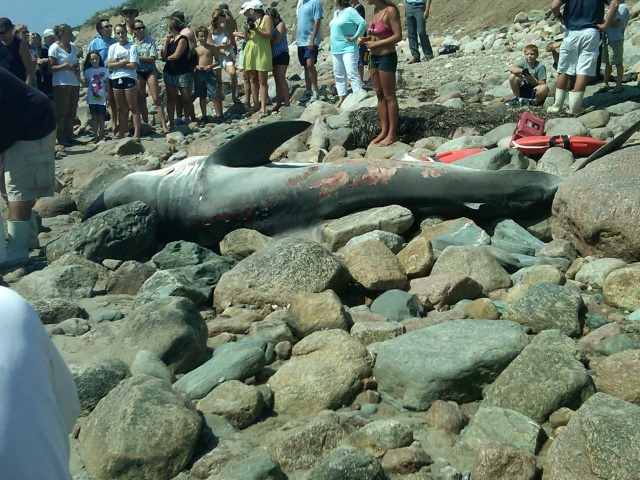 (Pic: Dead great white from Westport, MA. August/September 2012)
Ever since a 15 foot great white shark became trapped in a small lagoon just south of Woods Hole, MA (during the summer of 2004), Cape Cod has been a hotbed of great white activity and sightings. This summer, 2012 has been the most active, with regular sightings, beach closures, and an alleged attack in Truro.

Every kid from Cape Cod and the Islands (Nantucket and Martha's Vineyard) has probably seen Jaws a hundred times and was first subjected to the movie at the tender age of 5. (not) Much has changed since Jaws first hit theatres in 1975; locals still depend on summer tourists and affluent seasonal residents for their livelihoods. Much has changed from then and now- the great white shark is a protected species in the USA and research has been elevated across the planet, with Australia and South Africa at the forefront of study.

With all the promotion of the Discovery Channel's "Shark Week" circus, it's nice to see that the Commonwealth of Massachusetts with shows titled- "Jaws Comes Home", is tagging the sharks and gaining much needed long term research into Atlantic great white sharks. What is disconcerting to me, is the lack of 'attention' that's really been paid to a clear and present danger: great white sharks possibly attacking swimmers and ruining the seasonal tourism for the Cape. A la Jaws- Mayor Vaughn: "I'm only trying to say that Amity is a summer town. We need summer dollars. Now, if the people can't swim here, they'll be glad to swim at the beaches of Cape Cod, the Hamptons, Long Island..."

What we Don't need are more shark wranglers and cowboys coming to Cape Cod to test their TV persona.

What we need is the BEST that marine science has to offer, like real-time satellite tags (available and used in AU for years) to track and research the sharks by the second, monitoring the threat. We do have some of the best centers for higher learning and marine studies in the nation and world abroad- it's time we lead by example, so we don't end up with a real problem. 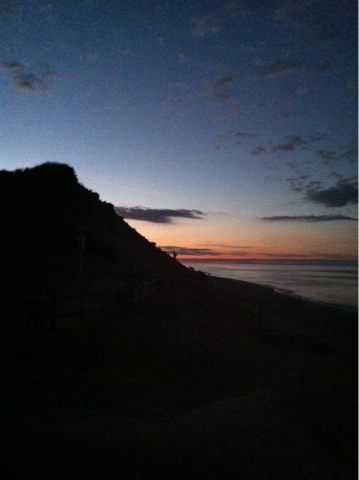 I heard Steve-O is coming this summer to tape a great white kereoke reality show. Can't wait. Should be sick!